Many have traced the birth of modern baseball back to the days of the Civil War.  Soldiers from both sides spent long periods in encampments waiting for the next battle.  To boost morale, many idle soldiers organized baseball games get their mind off war.  But in those days, you couldn’t run to the local Wal-Mart and buy a mass-produced baseball for $5.  You had to make your own.

Soldiers had to get inventive and find ways to make their own equipment with whatever was laying around.  Bats were carved out of oak tree limbs, and instead of gloves they used their bare hands.  They made their baseballs by finding a walnut and wrapping it with yarn.  The standard measurements for a ball’s outer skin were distributed to every encampment—but due to a shortage of materials, they often had to sew together several pieces of leather and horsehide to fully cover it.

If you’ve ever seen one of these Civil War era baseballs, it was probably at an auction house selling for several thousand dollars.  They are extremely rare, and only a select few have the means to own one.

This was a problem for Civil War re-enactor Don Droke.  He wanted to get his hands on some era-correct baseballs that he and his pals could play with during their re-enactments.  That’s the fun in what they do; they transport their audience to a completely different world. 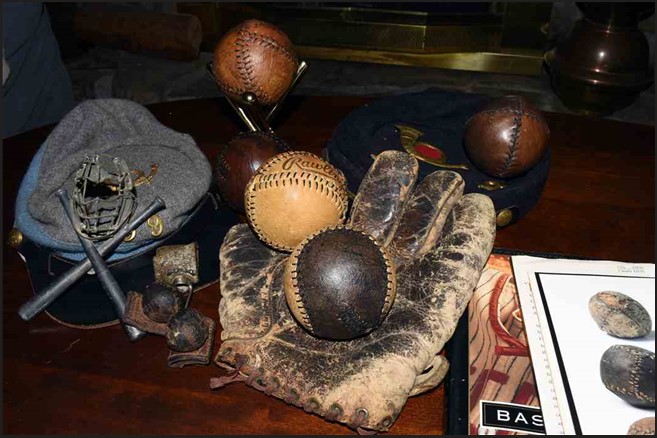 Don experimented with different materials and techniques to make a proper Civil-War-era ball, and he had an ingenious idea.  He decided he could get the look he wanted if he covered the balls using the leather from worn-out baseball gloves!  But he was still missing a piece.  He threw away many attempts as he found he “needed 3-4 hands” to put it all together.

Well-known in crafting and DIY circles, Tear Mender was the secret ingredient that Don says made it all possible.  It’s a liquid adhesive product that was invented in the 1930s that works unlike anything else.  He describes his revelation like this, “Shazaaam!! Tear Mender sticks to the underside of the leather (the roughed-up part) and not the slick part.  It is the only thing I have found that makes this possible.  IT’S AMAZING!!”

Don’s baseballs have since landed him on the front page of his local newspaper, they have shipped to collectors from California to Puerto Rico, and now the Baseball Hall of Fame has come knocking.  They want to carry his replica baseballs in their gift shop!  Don is elated.  “Not bad for a simple East Tennessee farm boy,” he says. 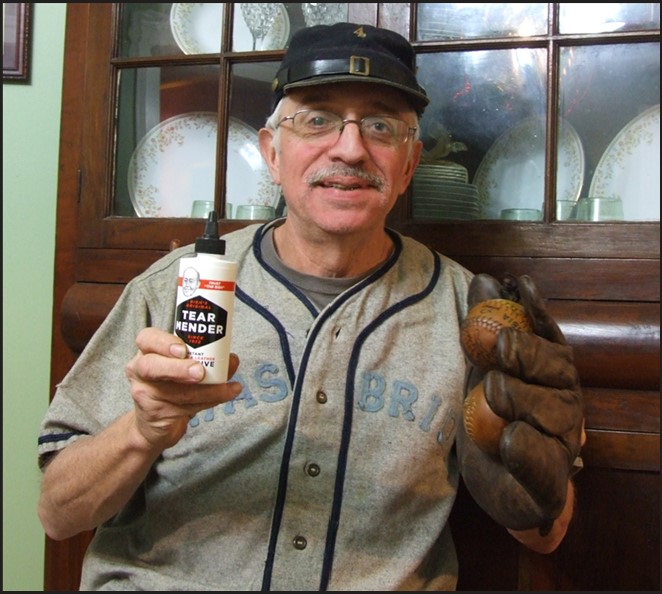